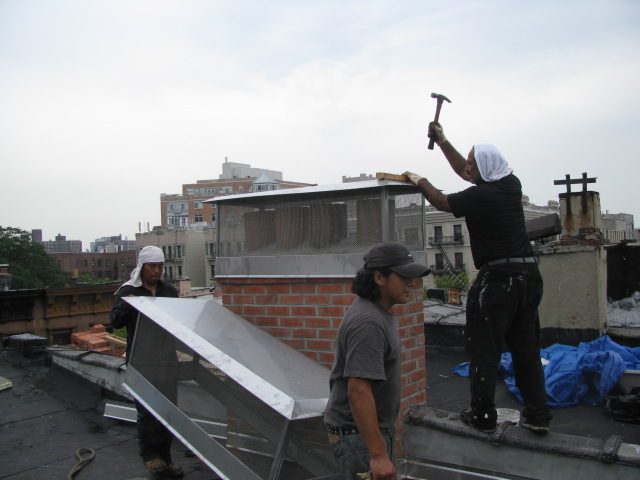 As a significant architectural component, a chimney depicts the apotheosis of your home. It is one of those features that represent a warm and comfortable environment to live in. In places like Bronx, Queens, Manhattan, and Westchester receiving maximum snowfall, almost every house has got a fireplace with a decorative chimney to keep away the biting cold.

However, being the top-most section of the roof, chimneys are often neglected. It means most homeowners do not undergo regular maintenance and cleaning of the chimney which often leads to some major issues including the charring yellow paint. The chimney acts as an outlet for heat and smoke. Over time, the walls of the chimney get clogged due to the accumulation of soot and tar called creosote. It increases the threat of fire spread and contaminates the indoor air. Along with this, cracks and surface degradation occurs calling for an immediate chimney repair to prevent cataclysm. Repairing a damaged chimney is imperative for enhancing the safety of the building and the residents as well. Ignoring the early signs of defacement will lead to expensive repair work, often provoking replacement.

Damages are inescapable! Your chimney is constantly exposed to extreme heat and smoke including water from rainfall and snowfall. The chain of chemical reactions causes cracks that are often too large permitting the outbreak of a devastating chimney fire! It is a terrifying phenomenon to even think of! chimney repair service Queens provided by an expert will aid long-run benefit, diminishing potential risks.

Dealing with chimney repair and maintenance:

Do you have a damaged chimney at your home? Call your contractor today if you wish to avert disastrous incidents!